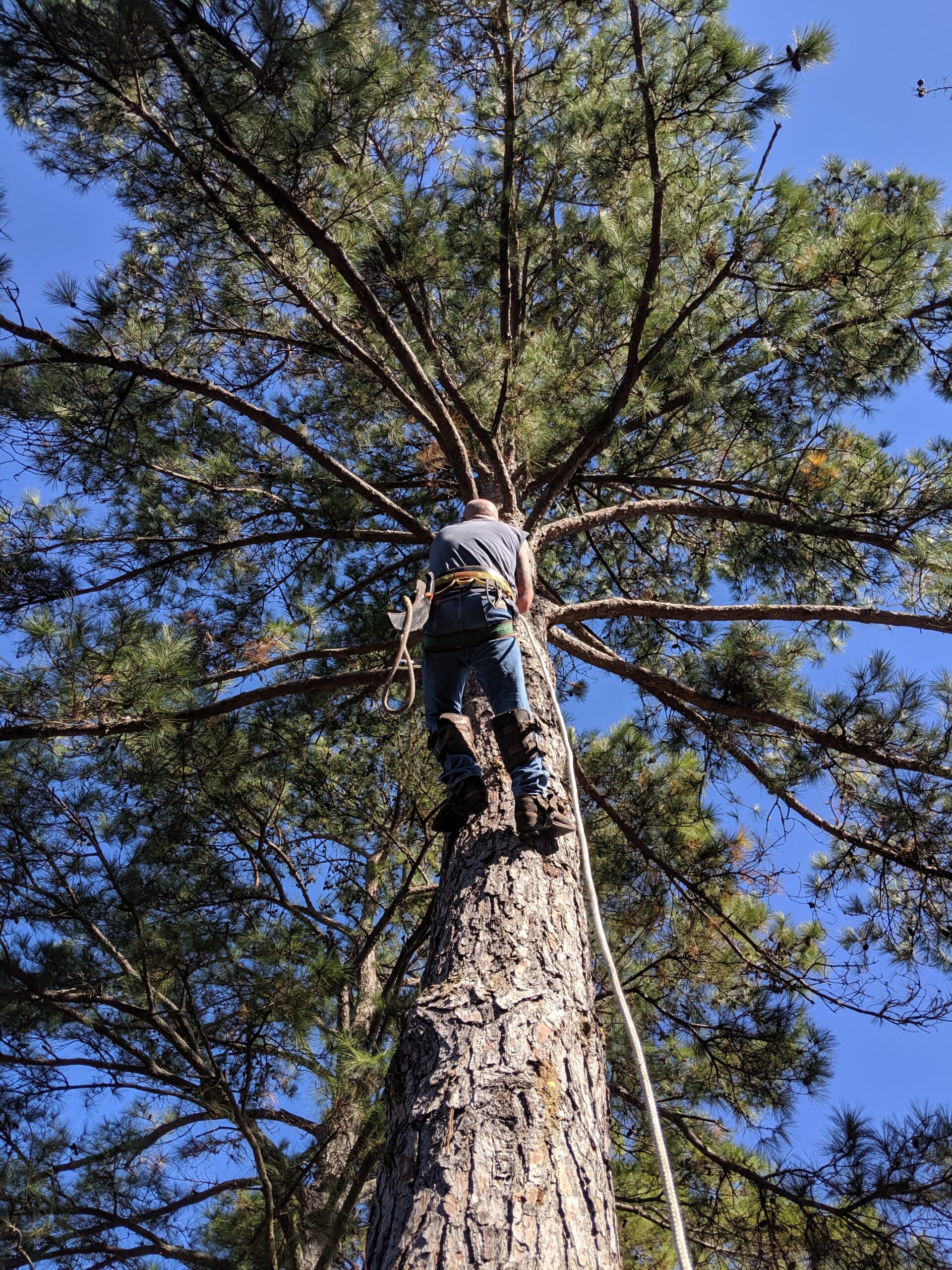 Let me share with you a couple of quick email exchanges that, to me, explains the importance of why, when hiring a tree company, they better damn well prove that they are insured in two major ways – Liability Insurance, in case they break/damage something;  And Workman’s Comp, in case one of their employees gets seriously hurt.

Before I give you the three examples of the importance of “Proof of Insurance” please let this be the one big take-away from this week’s tip – If they can’t prove they are insured, NEVER, EVER, EVER, EVER hire them.

Let me also remind everyone that the tree care industry is one of the most dangerous professions out there. Tree care employees work at extreme heights (up to 60-80 feet here in Texas) while using dangerous tools, such as chain saws. The danger is compounded by working near power lines, in-between residential housing, busy roadways and other infrastructure obstacles. These working conditions place urban tree work in the same category as logging, which is rated as the second most dangerous job in the USA.  With all these risks in mind, you can see why having a company that’s properly insured should be at the top of your list of checkmarks when hiring a tree company.

So, here are the three most recent cases that I’ve experienced, because I’m the Garden Guy on the radio, but prove the importance of PROOF OF INSURANCE!

Case 1:  Randy, I hired a tree company that I thought you recommended. They had the right name, but turns out they weren’t the exact one you recommend.  Well, this company damaged my electrical box, and they won’t answer my phone calls anymore.  Can you help me?

I asked this sweet lady if she asked if they were insured when she hired them.  Having proof of insurance is, to me, one of these most important attributes, a tree company should have.  In fact, the tree company I’ve recommended for years, “The” Affordable Tree Service www.afftreeservice.com always has proof on the spot.   Her response was basically: “I didn’t know they had to provide proof.  They just said they were.”  I assured her, that if they truly were insured, her electrical box would have been fixed, in an instant.  That’s why reputable tree companies pay for that kind of insurance.  Uninsured tree companies become ghosts or magicians, when they break something on your property.  They disappear!

Case 2:  Randy, I admit I didn’t hire the tree company you recommend to do my thinning.  One of the workers from the company I did hire, had a bad fall, and we got an ambulance out quickly.  I was told by a neighbor that I’m going to be sued, because that tree company doesn’t have “workman’s comp” insurance.

I’m not a lawyer, but I play one on the radio occasionally… okay that’s just a joke.  Seriously, I’m not a lawyer, but my response to him was something like:  while I don’t think you’ll be sued based on your circumstances you wrote to me about, I have to warn you that weirder things have happened.  And in situations like this over the past 40+ years, there have been cases where tree workers have sued property owners.  Finally, I asked him:  “Did they show you proof of insurance on their workers? You know, what they call Workman’s Comp?”  His response was much like the previous case. He didn’t know a tree company needed to provide that proof.

Case 3:  Randy, I’m ashamed to admit that I hired some local landscapers to trim some big tree limbs from the neighbor’s property about to hit my house because they had some chainsaws on their truck.  They did the work, but one of those limbs went crashing back into the neighbor’s side of the property damaging the AC System…

Obviously, he was asking if he was on the hook for that.  Before I told him YES, I asked him why he didn’t hire a professional tree company that was/is insured?  His answer was sadly one of those ‘tale-as-old-as-time’ responses.  “Because they were going to do it for a fraction of the cost of what a tree company bid.”

So, in summation your honor… (That’s me being a lawyer again, which I’m not) I compel anyone in this region of the United States of American, and in The Court of GardenLine with Randy Lemmon, PLEASE MAKE SURE THAT ANY TREE COMPANY YOU HIRE HAS PROOF OF INSURANCE!!!  If they can’t provide such proof on the spot, at the consult, or in the bid, then I guarantee they don’t have insurance, period!!!  These days many tree companies that have websites, also provide their proof of insurance there.  They can also send it via email, but in most cases they should be carrying with them if they are out for a bid.

In the old days of claiming insurance, you would hear such phrases as “Bonded and Insured”… Tree companies don’t need to be bonded, because that’s affiliated nowadays with the need to be ‘inside’ your property.  So, simply put, ask any tree company for proof of insurance when you’re asking for bids.  And if you hire someone without proof of insurance, and something goes clunk – then, yes, it’s on you financially to fix anything they break.  You’ve also read what they end up doing when they are not insured and they know they’ve done something wrong—they disappear!  Sort of like Storm Chasers in the roofing industry.  They get your money, and POOF, you’ll never see or hear from them again.