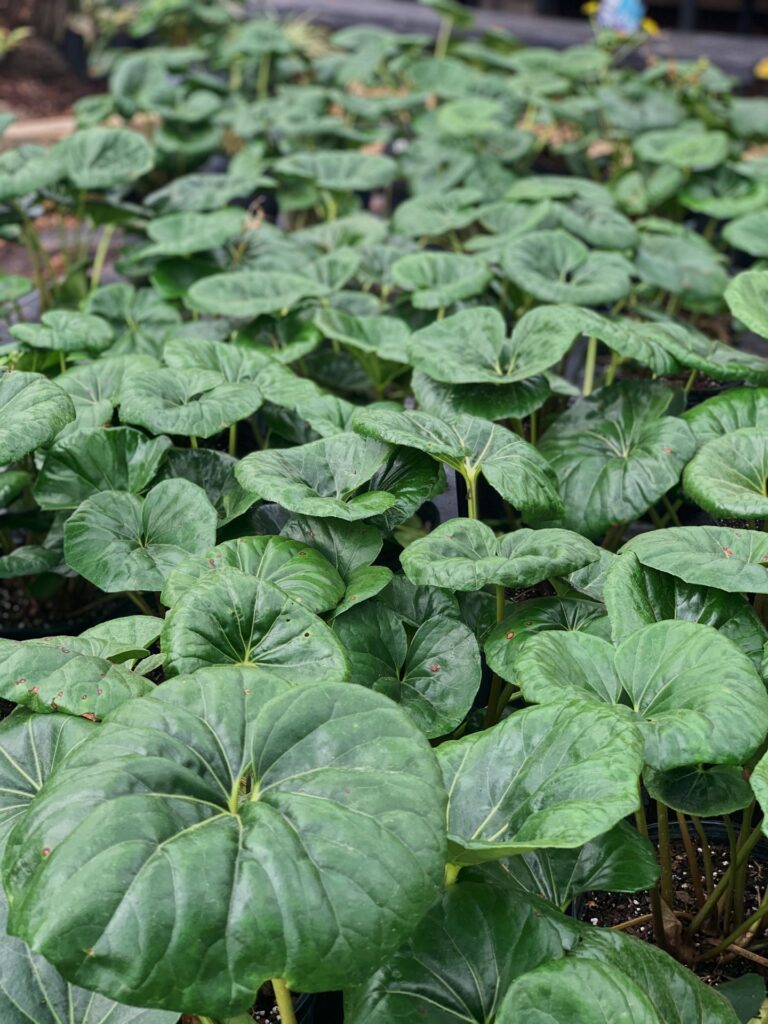 This is my all-time favorite “shade-loving-to-filtered-light-loving” plant – Ligularia! It’s often referred to as a Leopard Plant.  Why it was called Leopard plant has never been completely clear to me to me.  But in my research let’s just say the earlier versions were spotted white.  I can see that variety getting the name, but the whole family??  See my confusion?!

Interestingly enough, in the past two decades, they are not spotted as much as solid green.  Recently, it also turns out I’m not the only one that has learned that another fun nickname for Ligularia is the Tractor Seat Plant.  And if you look closely enough at the more modern versions, you’ll understand exactly why – even though modern tractor seats look nothing like this.

No matter what you call it – Ligularia, Leopard Plant or even Tractor Seat Plant, just ask for it by that name at nurseries and garden centers in the Gulf Coast gardening community and they’ll know exactly what you’re after.  I believed it is truly valued for its big, bold evergreen-like leaves.  Big, like Elephant Ears, but so much darker and glossier.  In most cases it comes with an offering of yellow flowers in the summer and fall.  Interestingly, the yellow flowers are very daisy-like, even though the rest of the plant has an almost tropical-loving feel to it.

There are several varieties of Ligularia these days, some with spots on the leaves, some with huge leaves and some with variegation in the leaves.  I have already noted that these plants are almost evergreen in their behavior, but they will look gnarly after freezes that dip into the 20s for several hours.  But, again, in this region they have always come back no matter what we call a winter.

Another great attribute for the Ligularia is that it is well-known to be a plant that works in damp areas, too – or “plants that like wet feet”!  I should also caution that while it has a reputation that it can handle ‘wet feet’, I certainly wouldn’t prescribe it for areas that never, ever seem to dry out.  In other words, it’s not a bog plant!