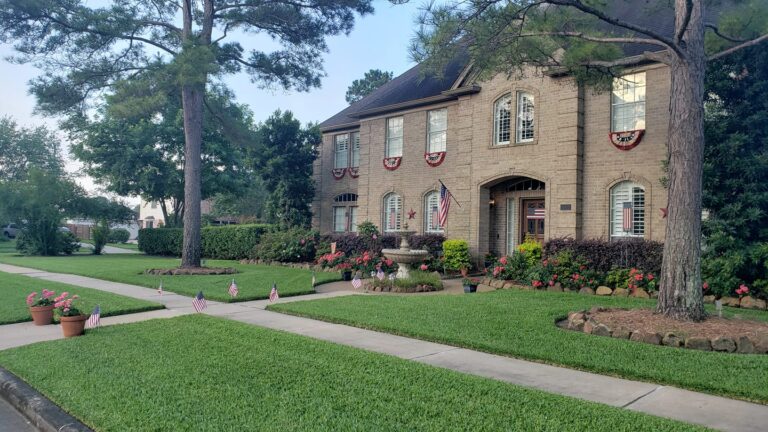 National companies regularly trot out a “new” grass seed product that seems like a great idea on the surface.  It’s not.  I have written several versions of this tip-sheet over the years and have posted several weekly profiles on the same subject.  I try to update this information occasionally because there are always new homeowners facing this issue.  This is really a case of “an educated consumer is a happy consumer”.

Let’s start out with a reminder that there are only three turf grasses that work consistently in our climate – Bermuda, St. Augustine and Zoysia.  We need this reminder because there is saturation in the Houston market for Scott’s Grass Seed.   I’ll talk more on what to actually look for in a moment, but please don’t forget there will always be a new grass seed mass-marketed, (especially on cable TV).  There has been “Grassology”; before that it was “Patch Perfect”; and all the way back to when I started hosting GardenLine, there was one known as “Canadian Green”.

Don’t be taken in by the “sounds too good to be true” marketing of such grass seeds.  Other than Bermuda, almost all other grass seed will not work down here in SE Texas because they are blends of Fescues, Bluegrasses and Ryes.  Winter Rye is an exception to this discussion because it will work as winter cover, but you shouldn’t do Winter Rye in the first place.

And while Scott’s does have a Bermuda seed that they sell, and supposedly a more scientifically developed Bermuda, they also have scores of other Fescues, Bluegrasses and Ryes as well.  So, please read the label with intention, if you want to buy anything from Scott’s.

But here’s the big warning for now – if you find a product that contains Bermuda seed, they won’t germinate until it warms up significantly, which is why I’ve always recommended waiting until at least the end of April to germinate Bermuda.   By the way, Scott’s seeds are usually quite good at that germination, because they have been developed to germinate with scant moisture, but that doesn’t make any of the Bermuda seed products any better at germination until the soil temperature is considerably warmer.

Here’s another catch; since it’s hard to really delineate the difference from one Bermuda seed to another, you might be a little shocked to learn that common Bermuda seed sold at local nurseries and feed stores is radically cheaper.  Some bags of seed with the “water smart engineering” can be over $150 per bag while common Bermuda seed at feed stores is often less than $20 per 5 lb bags.  And it only takes about 2 pounds per 1000 square to get proper coverage.

Grass seeds from major corporations can somewhat justify their pricing because they either have that “engineering” or fertilizer built into it as well.  I just don’t see those two things justifying such a huge price difference.  For background purposes, a big 50 lb bag of Bermuda seed can be sold to feed stores for roughly $300 bucks, and broken down in smaller quantity bags.  Do you understand that perspective?

And don’t be fooled into thinking that Bermuda seed will work in shade (despite some promotion efforts on nationally-marketed brands).  They won’t!!!   Only some Zoysia grasses and very, very few St. Augustine’s have a fighting chance in shadier environments.

Oh, by the way, Zoysia and St. Augustine are not sold in seed.  If you want those adaptable southern turfgrasses they truly need to be solid sodded.   Bottom line; Bermuda is the only grass we can do by seed in SE Texas, to be sure.  And if you want Bermuda to germinate properly you need to wait at least 45-60 days more.  And if it we don’t start seeing warmer temps in late March, that proper seeding date may take even longer.  Finally, don’t be sucked into national advertising of grass seed!!!