One weekend on GardenLine, I was asking listeners for article ideas. After mentioning that we should “have vegetable beds ready for mid-February so we can cheat Mother Nature and the calendar,” the emails start flying in.

So, since it’s nearly the first of February, and we have just 2-3 weeks to get set for “the cheat,” I thought it would be a good idea to outline how a veggie bed should be made. This will be especially helpful for first-time vegetable gardeners and folks new to the area.

Although I dedicated an entire chapter to soil in my recent book, “Texas Tough Gardening,” I’ve always tried to make it as simple as this for vegetables: use two parts rose soil and one part compost in a raised bed. Make the bed enclosure 10-12 inches high using stone, wood, cinder blocks … anything that will lock in the soil. If you don’t lock it in, you run the risk of runoff and erosion during heavy rains.

Standard rose soil will likely have a decent amount of humus (compost) built in, because it should be equal thirds soil, sand and humus. Any rose soil that isn’t made from that recipe should be avoided. I’ve seen people succeed to some extent with only good basic rose soil. But the added kick from high-quality compost can really make a difference along the Gulf Coast.

Sometimes, I get push-back from folks who argue that farmers don’t make raised beds and simply add compost to their fields year after year. “Year after year” is the key phrase, though.  And if you’ll look closely, you’ll see that farmers use raised rows. Plus, after years and years of doing the right thing, they have been adding to the compost buildup.

But here’s the key message for the first-timers and newbies: We have to make raised beds using quality soil. Sure, you can just add this and that to existing soil, but a veggie bed built that way will likely fail.

A couple of emails had pictures attached that showed dyed mulch was probably the culprit behind failed gardens. A raised bed with the right mix and the right mulch will work infinitely better than poor soil and poor mulches.

If you have any questions about building the perfect beds for your potential veggie garden this spring, give me a call on the radio show, and I’ll get you on the right path. And remember …  you need to let your bed rest or mellow for a couple of weeks before planting. But there’s still time to cheat the calendar and Mother Nature and get early tomatoes – which is a whole other tip sheet for another time.

By the way … one email I received said they purchased a blend that workers at a soil yard assured them was “just fine on its own.” A picture attached showed it was shredded mulch blended with loam. No sand and not really any compost.

But many of the great soil and compost companies I endorse on GardenLine actually do have high-end specialty soils that really will eliminate the need for you to do the 2:1 mix yourself. You can be sure that their blends are genuine, top-quality and ready to go. They include … 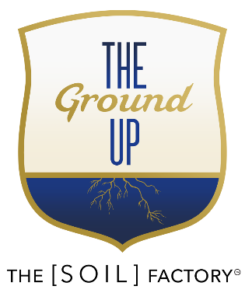